Hello and welcome to the final update of season 5, with Aberdeen already having secured three trophies there are still three more up for grabs. The league is more or less in the bag but we’ve got the Scottish FA Cup to retain and a deficit to overturn if we’re to keep our Champions League crown. There’s also World Cup 2002 to look forward to at the end of the update. Let’s start with our Scottish Cup quarter final with Hibs.

I swear Mukhamadiev has more goals against me than anybody else. No matter though, the lads thrive in these situations and we’re into the semis

That’ll be good fun. First though we have to play them in the league as our ridiculous schedule strikes again.

Dida is getting into the habit of being sent off, it’s unnecessary. Alexandersson steals us a point.

4 days later it’s the Inter Milan clash. Simonsen is in net, Ronaldo is poised, but my strike duo get the job done and Simmo keeps out Ronaldo. Semi final time

Who don’t you want?

Such is the schedule of this league, we’re off to Celtic Park after that. 12 minutes, three goals. My half time hugs always do the trick.

Man Utd though will be a completely different test. They have genuinely talented players for one, though Andy Marshall is their sub keeper. So there’s that.

Two great teams who have dominated their domestic leagues throughout this save go at it hammer and tongs. Man Utd score three. We only get one. It’s a bad result, obviously, but our profligacy in front of goal is uncharacteristic. 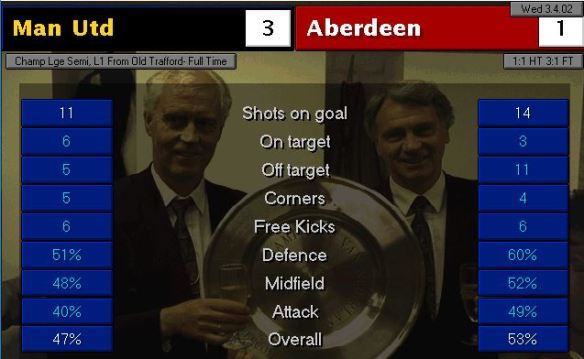 Food for thought. We get over that by beating Dundee Utd, with the most accurately named penalty taker of all time stepping up for the Tangerines, we celebrate a league title with a three goal win.

How dare you do that to my versatile Swede? A replay is the last thing we need but that’s what we get, so we try again two days later. TWO DAYS! Give me strength.

Ah, Phil. Your hatred of Rangers knows no bounds.

With the league won I can focus all our efforts on the Man Utd game. Fergie has one thing in mind… 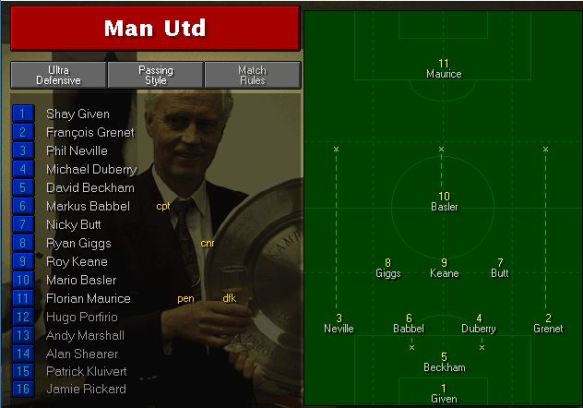 Beckham as a sweeper? We’ll see. How are we going to get through that?!

Clement Nalis is a hero. A French International hero. We’re in the final!

PSV. They beat us so convincingly earlier in the season. That’s going to be a problem.

Look who got sent off AGAIN. Our games with Hibs this season have yielded so many goals.

That wrapped up our league season, a successful time was had by all (at Aberdeen). 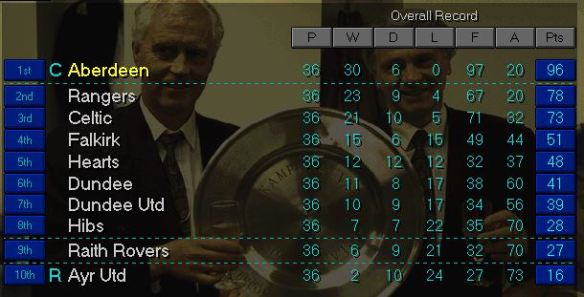 The Scottish Cup final sees us lock horns with Celtic yet again. Try as they may, they can never get the better of us. Keith Gillespie, who is under appreciated by me for how good he has been vs how much he cost, gets the winner.

His 14th of the season brings us our third Scottish FA Cup in a row and trophy number 5 of the season. Good Keith.

All that is left of the domestic season is the Champions League final. PSV seem to have our number, I’m not sure why they are so good but they nearly knocked us out in the group stage and they will fancy their chances in Italy for the final. They take a lead into half time by Phil Mulryne is having none of it, equalising for the second time with a rasping free kick. Nalis nudges us in front and young Lauchlan gives us some daylight…for 7 minutes. Leandro pulls one back but we hang on. CHAMPIONS.

What a struggle, but that’s all 6 trophies in the bag and my time to leave, but not before signing Rio Ferdinand.

Before I toddle off for another week though, the World Cup is happening. I’m not going to go into loads of detail but Ireland and Scotland are in the same group, along with Argentina and Mexico. Crikey.

Ireland and Scotland both beat Argentina but they draw and then both lose to Mexico, who in turn lose to Argentina. What a stupid group. Ireland advance. 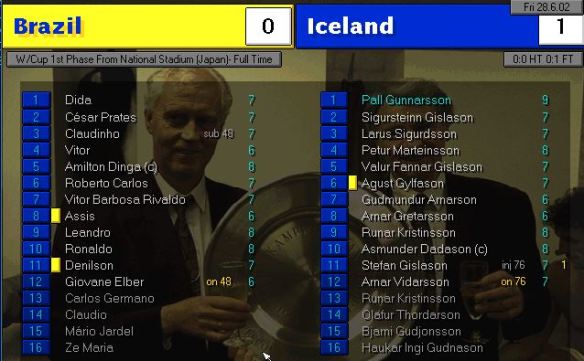 Ireland are having a great time, knocking out Germany before bowing out in the Quarters to France.

What a weird lineup. We’re rooting for Nalis and Alexanderrson but they face each other

Nalis wins. So do Colombia, meaning we have France vs Colombia in the final. 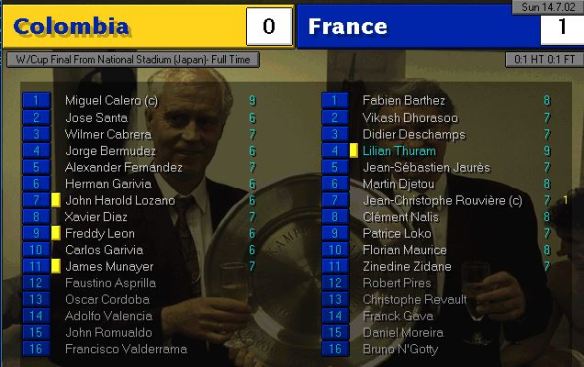 Awards time. My lads do really well. Nalis and Owen snaffling an award each plus my manager gong 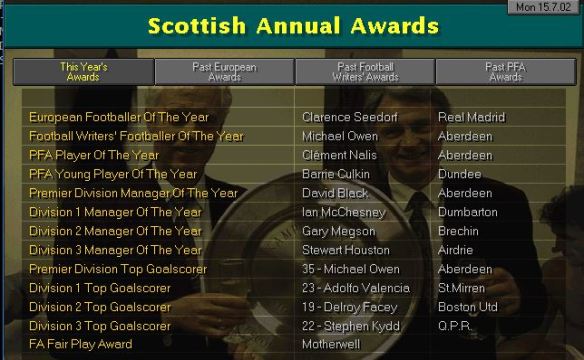 Lloyd Roscoe is a great name 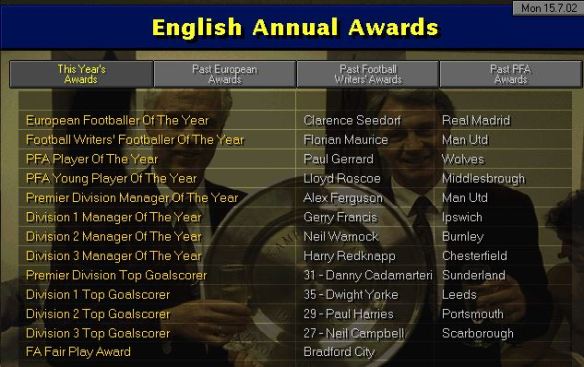 So that’s it, season 5 is in the bag, and the only question now is…where next?

See you next week…