Welcome to season 15, or the 11/12 season if you prefer. I’ve just got Norwich promoted back to the Premier League and now I’ve got to build a squad to keep them there. Problem is, nobody is too keen to play for Norwich. Meanwhile, firing season is in full force…

I am fairly certain this is Tino Asprilla, and if nothing else his name is Wilmer, so he’s been snapped up 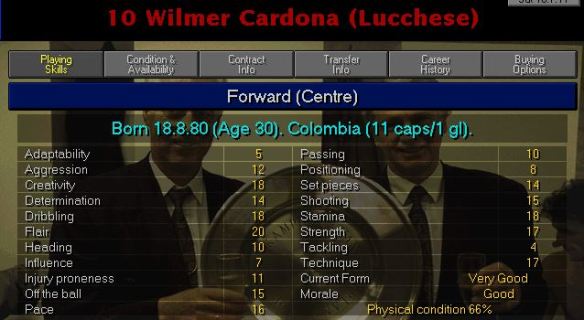 I know this is Giggs’ re-gen, so he’s an easy pick

Let’s hope he fairs better than actual Ryan Giggs, who has been sacked by Watford.

Some other transfers of note, remember Leigh Townsend who I derided as sub-human scum for leaving Darlington on the cheap years ago? Well his career is getting better all the time

There’s also the Figo re-gen who I took to Sevilla, well he’s back on his actual career path now

Sadly he wasn’t keen on joining me.

Anyway, another of my former players is in bother

Why has he been sacked so soon after taking over?

Ah, that’s why. He’s been replaced by Steven Cowe and he’s dragged Sunderland up to 23rd.

Yet somehow, he’s got a bigger gig

Basically they all learnt from the best and now they all fancy themselves as managers. Good luck to them all.

An old favourite is still active, but has walked away yet again

Whilst it’s all change at Man City, with one of the very few original managers being sacked

Things turned out ok for diamond Joe Royle though

That’s not all though – can you sack football royalty?

Who on earth do you replace David Beckham with?

Anyway, amidst all of this managerial frivolity, some football broke out

An entertaining affair, with Batistuta junior getting on the scoresheet for Wednesday. I wish I’d been able to keep hold of him.

At Norwich, things have been as good as you can expect as a newly promoted club. We’re bang average, and we’re out of the League Cup 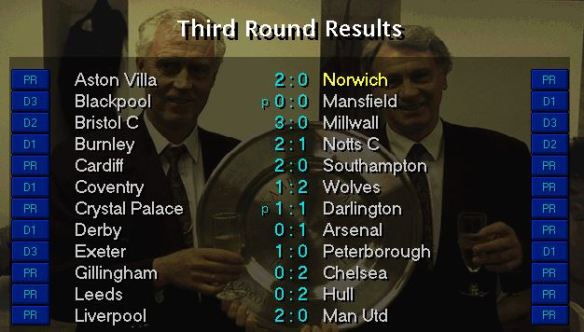 The table doesn’t lie though, even at this stage

Bryan Robson really has Sheffield Wednesday threatening, and of course Darlington are still in and around the top of the table. Brian Little has struggled to live up to David Unsworth’s success at Liverpool, but you never know.

Everton sacking Beckham has made no difference at all, whilst Wimbledon look quite entertaining. I still don’t understand how Mainwaring has ended up at Southampton.

Over in La Liga, there’s a familiar sight

Not sure why Logrones are second but whatever.

The big news though comes right at the end of the update though, England have failed to qualify for Euro 2012!

He’s gone! He’s finally gone! My hat is in the ring, but will my country come calling? Join us next time, won’t you?

The World According to CM9798 is available on Amazon now!