Season 13 could mean an unlucky omen for some, and as I’m trying to retain 3 different major titles, that’s probably not good for me. Sevilla have a lot to defend, so let’s see how the 09/10 season is treating us so far.

As ever I’ve picked up some re-gens to help keep the squad fresh. Here we have Giggs, Bakayoko & Rivaldo 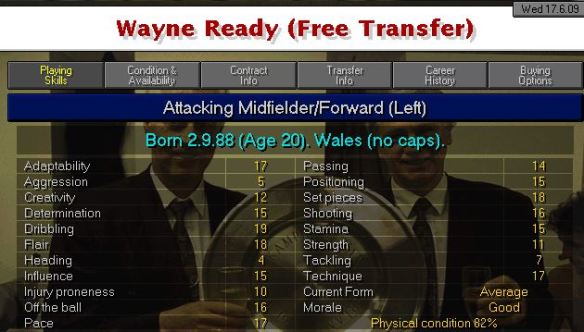 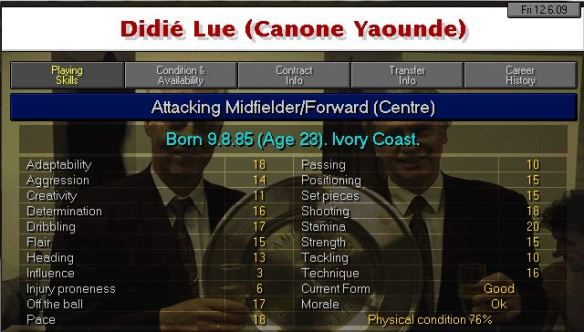 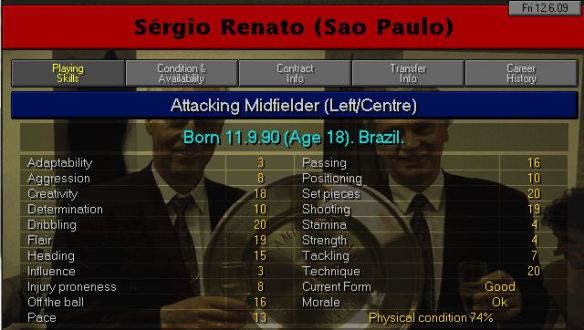 With those 3 signed up, I only need to sign a centre back to replace the retired Sonksen. Time to raid my old club again

Nobody is available, though my own players are in demand. I have £85m in the bank so no need to sell…even if this is the highest offer I think I’ve ever seen

There’s also some loose ends to tie up after the managerial retirements. After John Toshack’s retirement, Sheffield Wednesday need a new manager to spearhead their Division 1 promotion campaign

Bryan! What have you been doing in Italy. Still, replace one former England captain with another…

Remarkably, Sheff Wed sit 2nd in Division 1 and Cremonese are 5 points clear at the top of Serie B. The system works. 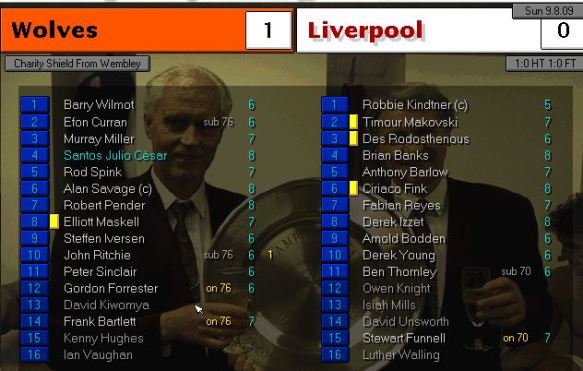 Two of my ex-Darlo players in that Wolves team, oh and one in the Liverpool team.

I’m also in the Spanish Charity Shield, or the SuperCopa if you will, which probably isn’t for charity at all in hindsight

Great scenes. Now, onto more serious business, you may remember me lamenting Tony Cascarino and Dave Jones in the previous update. Well guess what

Well would you believe it. Who do they appoint?

I could give you 100 guesses at who Southampton appoint and you wouldn’t get it.

Takes all sorts. Anyway, I have been given a lovely Champions League group

That doesn’t worry me, not even going to sugar coat that. After 4 games, it’s certainly proving easier than expected

How do you end up going from Crewe to Bayern Munich?

Weird. Anyway, my league form has been erratic, and we sit 7th after 11 games. The big 2 have been brilliant and I’m already looking hard pushed to retain the league title. In truth, I only really want the Super Cup and the World Club Cup, then the rest is irrelevant as I don’t plan on being here. I have places to be. 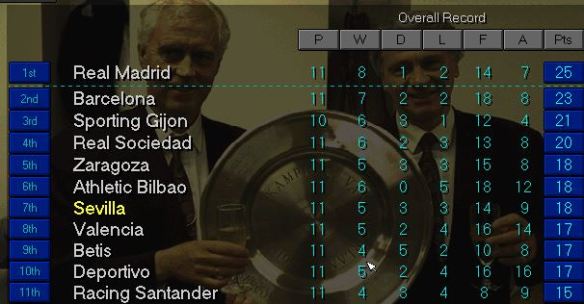 Where might I be? Well, poor old Fabio has got the old tin tack

I don’t know about you, but this seems harsh to me

With World Cup 2010 in Argentina on the horizon, and the hard work already done, this looks like a job for me.

I can do both jobs – for now. My first games as Spain manager will feature in the next update but I want to add the World Cup to my honours list.

Here’s how things look in England 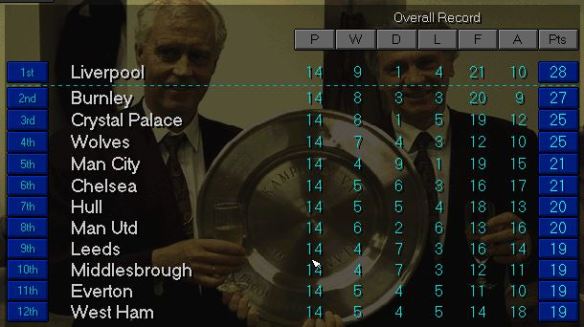 David Unsworth is having the time of his life at Liverpool. Remarkably, my old nemesis Chris Waddle is still Burnley manager and is writing his own history as they occupy 2nd. Where the bloody hell are Darlington?

Oh Gerry, ffs. Bit weird that Blackburn are the top scorers in the division but sit 14th. Sort your defence out lads – apparently Alan Thompson learned a little too much from his once manager Kevin Keegan. Cardiff are managed by David Platt, so there’s another former England captain in the mix.

Join us next time then as I take my first steps as Spain manager whilst Sevilla have the chance to win two of the trophies missing from my collection. Bye for now!