It’s 2009 and season 12 is coming to an exciting finish. Sevilla, my third club of this save, are firing on three fronts as I bid to win a third Champions League in 3 seasons with a 3rd different club. THREE. It’s a magic number, and here’s why…

Gerry continues to reap what I sowed. Is sowed the correct word? The past tense of sow. Whatever. Welcome to Wembley.

A ridiculous game between the latest “big two”

Chaos in the Darlo end I imagine.

Steve Gritt’s Hull can be consoled by a playoff final win that sends them back into the Premier League. Anyway, the final is a real cracker

Wow. So they meet again a week later and this time, David Unsworth takes home the trophy 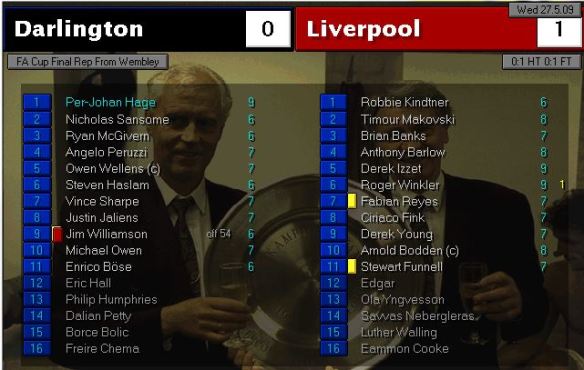 We might as well stick with England, Gerry will still be hoping for a treble with League and Champions League glory up for grabs.

However, Darlo make a massive balls up in the league 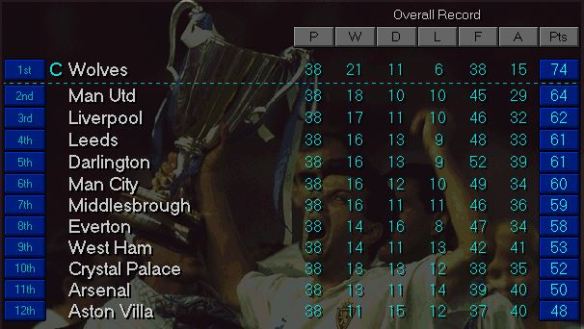 Perhaps unsurprisingly, Gerry  Francis cannot be trusted with anything. He’s had bad luck with injuries but 5th is unbelievable for a squad of that quality. Criminally, he’s let Man Utd back into the Champions League, somehow, it’s a ridiculous loss of form. But there you go, Gerry Francis. Maybe he can regain some reputation in the Champions League? Before that though, here’s the bottom of the Prem:

Maybe Southampton will finally get shot of Dave Jones. Mind you, Coventry have had Tony Cascarino for 5 years now, for some reason. Let’s move into Europe.

My task of winning the league was actually the easiest of the three, we’d got ourselves into an excellent position and actually won it with 3 games to spare.

Barcelona and Real Madrid went on mad runs of form but the gap was too big for them to make up, finishing outside the Champions League places

Spare a thought for Jaen

9 points, and a defence to be proud of. Cheer up sleepy Jaen (sorry)

The Copa del Rey was still on the menu, but it was a tough semi final.

Creeping through on away goals was as good as we could hope for. The final, rather unfairly, was to be played in the Nou Camp. 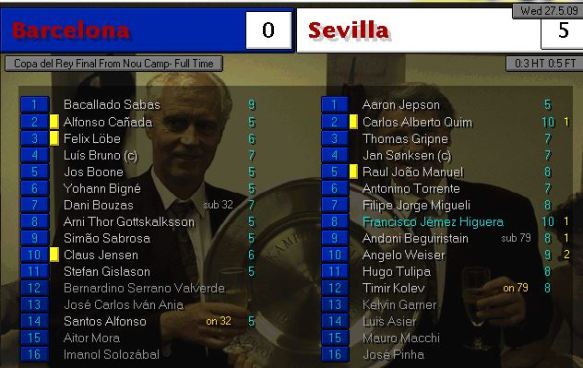 Get it up you, Louis. We were bloody brilliant. The treble is on!

Firstly though, the UEFA Cup. This caught my eye

It was nearly turned round, remarkably. But I don’t think anybody has ever been 4 up inside 10 minutes.

So that brings us to…

The final is on my birthday, 6 years ago. So I guess I am 21 again, which means I can probably drink more and be unfazed

Get in. Mind you, we made bloody hard work of it. 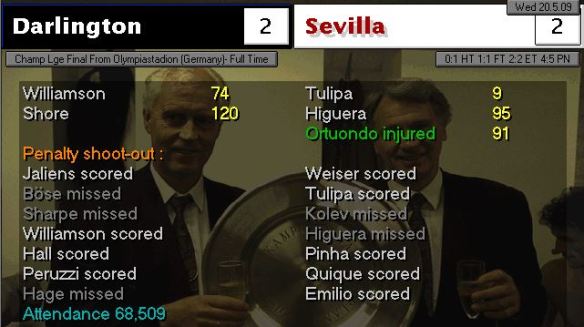 Darlington have a knack of rescuing situations, as they routinely did under my guidance, but seemingly this has gone a step further under the mullet and they score 120th minute levellers in major European finals. Darlo took first in the shootout and we still seemed keen on throwing away the advantage, but we got there in the end. TREBLES ALL ROUND!

Not a bad season then. Here’s the awards 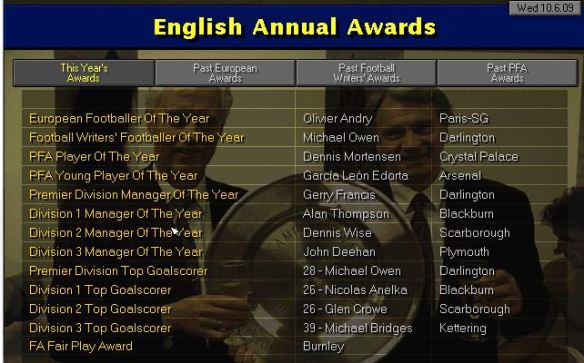 Fredi Kanoute, Michael Bridges, Nicolas Anelka…so much talent all over the World. Hilariously, that Spanish player of the year, Mora, is Jaen’s 36 year old goalkeeper who conceded 112 times. Inexplicable really, especially when you consider some of my teams contributions: 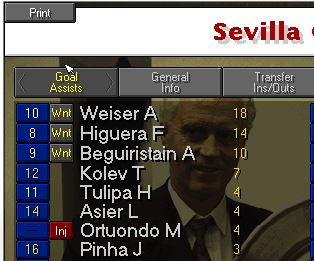 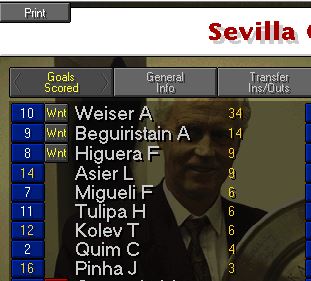 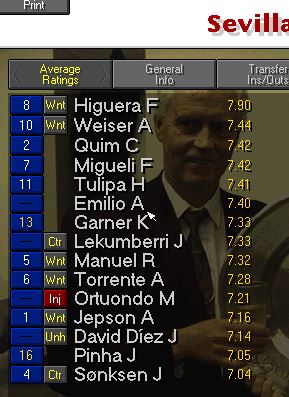 Bravo. Sadly, Sonksen has retired. Here’s some others who have moved on 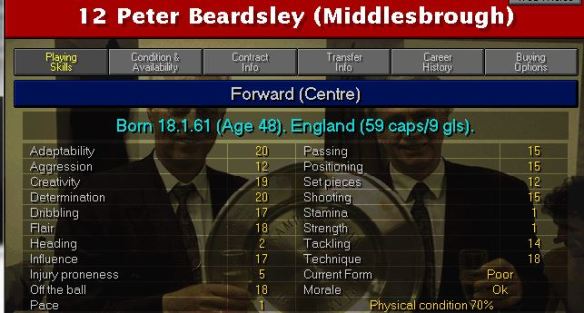 With that, I bid you farewell. It’s been a trophy laden season and I need to put my feet up. Objectives are to win the World Club Cup and European Super Cup with Sevilla and then maybe it’ll be time for a new challenge. There’s also World Cup 2010 on the horizon, maybe there’ll be a job for me there? See you for season 13!

1 thought on “The Triple Double”