We’ve got a multi-horse race that rivals the grand national and a World Cup on the horizon. The 2001/02 season is coming to a thrilling end, so let’s get straight into.

I’m delighted to say Darlington will be playing Premier League football again next season. It wasn’t easy but in the end we survived with 3 games to go. Erik Nevland’s 17 goals were a big factor. With an FA Cup semi final to come also, it’s turned into a decent season for Darlington. Before all that though, let’s hand out some silverware.

Two of the leagues better sides go head to head and in an entertaining game, it takes extra time to separate the two sides: 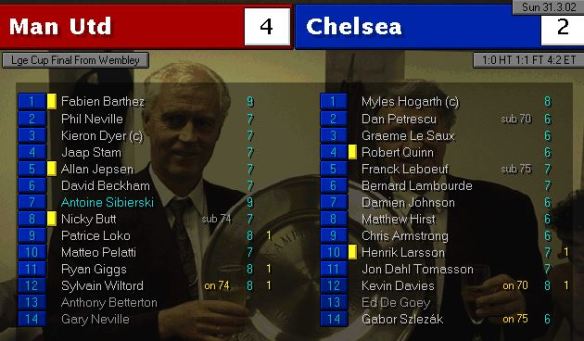 The Semi finals were Darlington’s time to shine

Twitter follows will have already seen the FA Cup Final Live Text but feel free to take another look at it now!

For those who don’t like to read lots though, here’s the result:

But the one Man Utd really want, is the Champions League

PSG do a job on Man Utd and Barcelona do what they always do and it’s a slightly different final, but a classic nevertheless

Barca win it with 10 men in extra time, a sickener for PSG.

So as I mentioned earlier, Darlo were safe with a few games to spare

As you can see, Spurs, Coventry & Derby have already taken the plunge. But the top of the league is much more exciting.

When I left you last time, there were 6 teams in with a realistic shot at glory. With 1 game to go, that number is down to 2.

Leeds can still steal that all important Champions League spot. And would you believe it, it’s Leeds vs Chelsea! Whilst Everton go to West Ham.

It’s a terrible day for Chelsea, down to 3rd and no title. Everton win the league. Discuss.

So as the curtain comes down on another great domestic season, it’s time to put all of that behind us and focus on the World Cup in Japan (sorry South Korea).

Firstly, that all important England squad

I’ve always said, Neal Ardley is England’s best ever uncapped player. With Unsworth and Broomes in at centre back with big Sol, the sky is the limit for the Euro 2000 runners up.

Up first, it’s the Germans

Captain Ian Walker inspires a 0-0 draw. Not a bad result really, with Bosnia and Egypt to come

For crying out loud, what are you idiots playing at!? England have to beat Egypt to have any chance 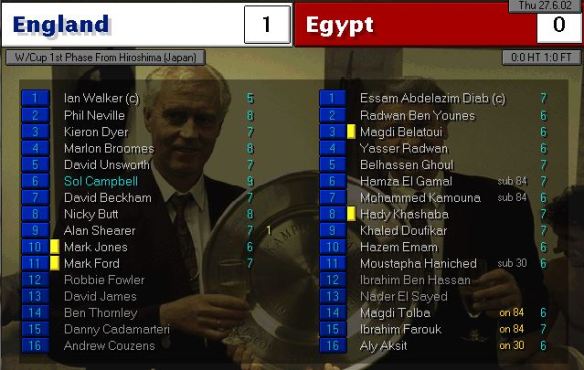 That goal came after 83 minutes. Good grief. England are through though

In fact, here’s all the groups

Italy and Germany bow out. Hosts Japan are a massive disappointment.  Northern Ireland join Brazil in the next round, whilst Wales manage a win over Chile but it’s not enough. Last 16 is still very strong

Phil Neville having a David Platt moment. Where did that come from!? Also, where did this come from? 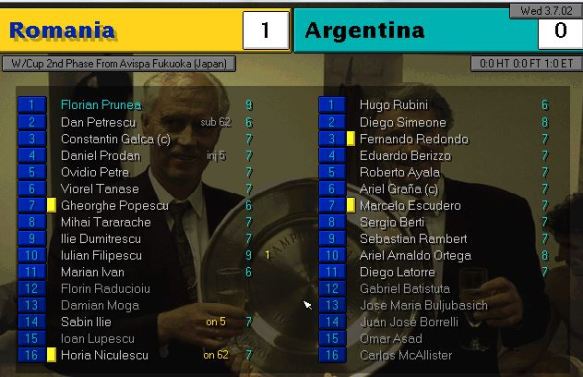 Brazil must be strong favourites to at least make the final. England have a tough run in, as you’d expect 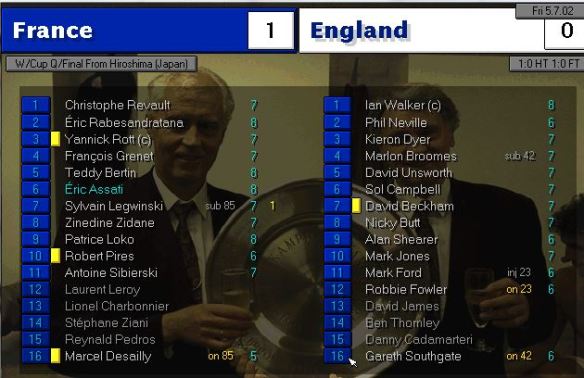 Too tough, as it turns out. Poor Mark Ford.

Spain vs France is massive. Brazil vs Nigeria…well. Well indeed.

An African nation in the World Cup final! Not even the second half introduction of Doriva could inspire Brazil. Meanwhile in the other semi final 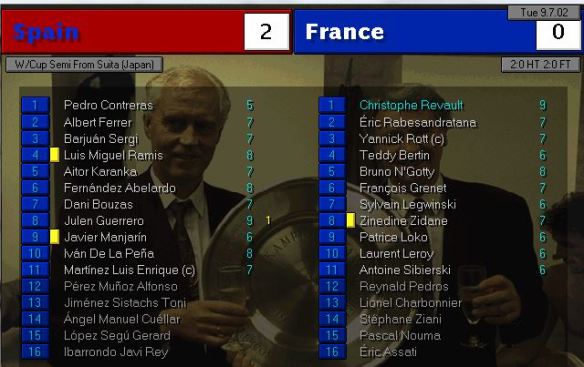 An own goal from Revault who goes on to get man of the match. Right. Spain vs Nigeria then, anybody predict that!? 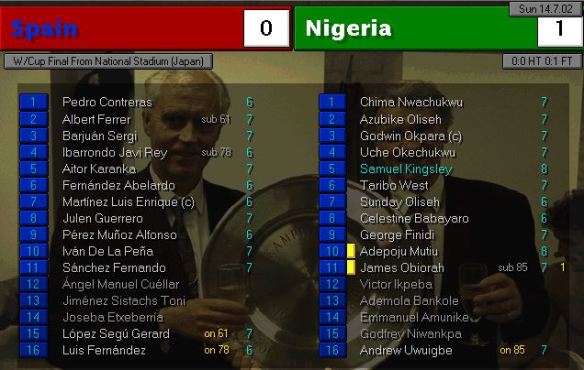 I’m gobsmacked. I’ve never seen such an outsider win the World Cup on this game in the 18 years I’ve played it. As Andy Gray would say, forget everything you know about football.

Party in 06 – bet they don’t come to Feethams

All that’s left then is the awards 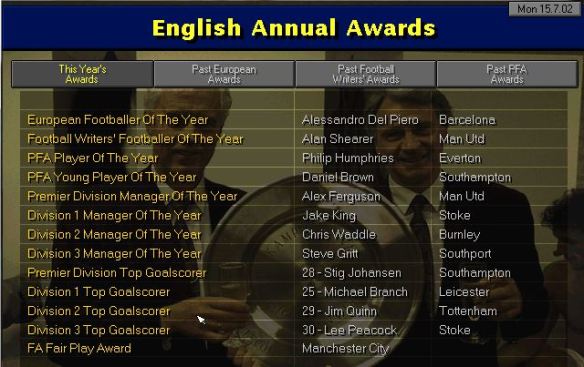 Shearer a deserved winner but Philip Humphries was Blackburn’s goalkeeper, though Everton have just spent £5m on him. Stig Johansen takes the Golden boot. Obviously.

So, I might never recover from this season, in truth. But eventually we’ll be back with 02/03 when no doubt something will somehow top this for ridiculousness. See you there.